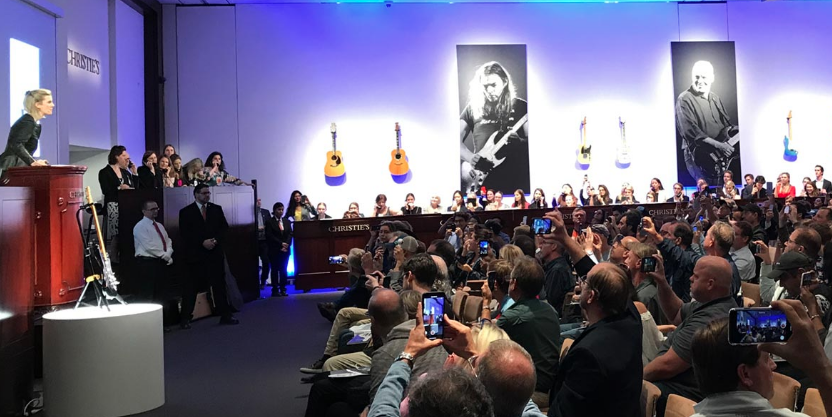 Gilmour’s Stratocaster Olympic White “# 0001” raised $ 1,815,000 after a four-minute bidding war. Gilmour used this guitar on Pink Floyd’s The Wall, particularly on the funky part of the rhythm guitar in “Another Brick in the Wall (Part 2). Gilmour is clear about why it was special for him:” Some guitars make everyone look alike. Others tend to emphasize the differences, which it does “.

But the undisputed star of the auction was Gilmour’s legendary 1969 Black Strat, which grossed the record sum of $ 3,975,000 at the end of the day, setting a new world auction record for any guitar sold at auction. This guitar can be heard in “Comfortably Numb” by Pink Floyd, “Shine on You Crazy Diamond”, “Money” and many other successes of the band.

Gilmour’s 1984 Apple Candy Fender Strat produced $ 615,000, much higher than its $ 25,000 estimate. It can be heard mostly from A Momentary Lapse of Reason and The Division Bell.

The 21 million proceeds will be entirely donated to the Client Earth association that fights on the front line against global warming.

We should all be a little thankful for this great gesture by David Gilmour, yet another of a shining and brilliant career.